What is Tangerine pigment?

Tangerine pigment is a unique, and still fairly rare, pinkish orange pigment that can overlay the entire gecko, or parts of the gecko - meaning it can color the dorsal, the lateral markings, or even the base color (if it's a light enough base color).

I stumbled upon this unique pigment back in 2004, when I was still building a founding group of geckos to start my collection. I received a really interesting female, pictured at the top of this page, in a group of 20 hatchlings I had purchased sight unseen. Since 2004 I've selectively bred Tangerine pigment into other projects and base colors, as well as selectively breeding for more geckos that look like the original female, all while strategically outcrossing along the way. 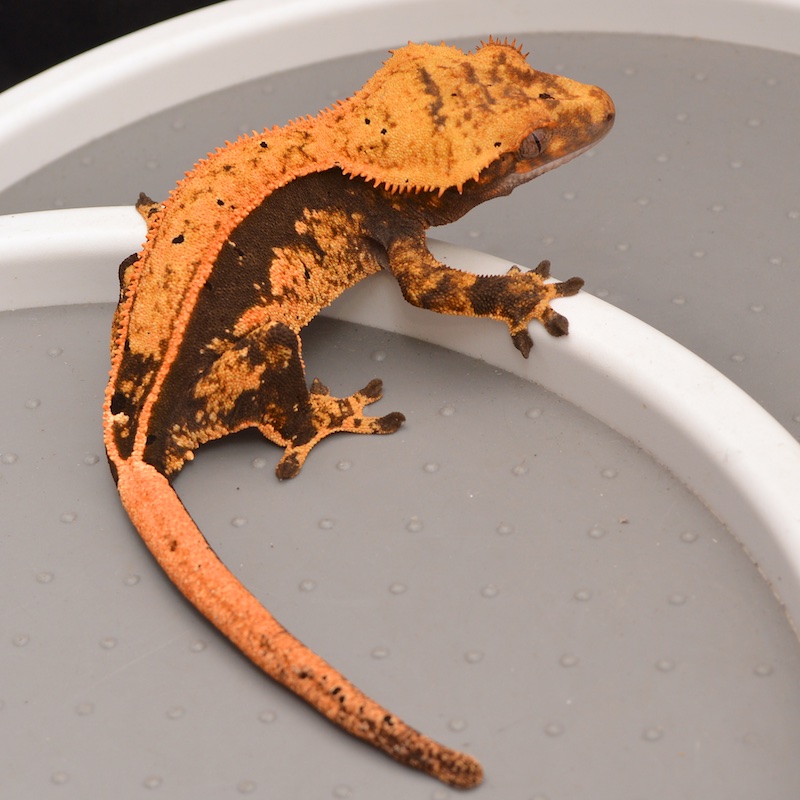 Fun Fact: Tangerine pigment in leopard geckos was first identified, named, and developed by fellow Kansas City gecko breeder, David Nieves, back in the early 1990's. What are the chances that, about a decade later, a guy living across town would stumble upon a similar pigment in crested geckos?

Tangerine Genetics
Unlike a lot of traits in crested geckos, this one does not work in an allelic (dominant/co-dom or recessive) manner, but is rather a selectively bred trait, just like Tangerine in leopard geckos.

It is actually incredibly similar to Tangerine pigment in leopard geckos, but it tends to be more pink, especially in higher-end specimens.

Selectively bred traits are often referred to "line bred" traits, meaning that you need to breed geckos with the trait together for generations in order to achieve the trait's full potential. You can either breed related geckos together, or you can breed that trait into tons of different lines, and then breed half related geckos together, then 1/4 related for the next generation, and so on, until you're breeding geckos that are as unrelated as any two crested geckos that you could possibly put together.

That being the case, I dedicated a LOT of geckos to outcrossing and developing this pigment. I felt it was important to breed this pigment into as many lineages as possible, not only to give us options for unrelated pairings later, but to see what Tangerine looks like on a yellow base, or a lavender base, or a black base. It took about a decade before we had really nice Tangerine stuff available on a regular basis, but I sure learned a lot and raised some really cool geckos along the way. It has been a very rewarding project, overall, and we're not even close to being done.

Intensity is the Name of the Game
The objective of selective breeding with Tangerine pigment is the overall intensity...how much of Tangerine pigment is there. The intensity can vary widely, which is well demonstrated by looking at one of our original Tangerine x Lavender/Black Pinstripes next to a current generation version, as shown below. When Tangerine pigment is there, but not particularly intense, it will show fairly well on the gecko as a hatchling, but fade away as it matures, to where it's apparent, but not crazy looking. Those geckos are what we had to work with in the beginning, but by breeding two together, we were able to get some offspring that were a lot more intense. After years of doing that in different projects, and then outcrossing along the way, we've been able to really intensify this pigment to the point of being really pink. 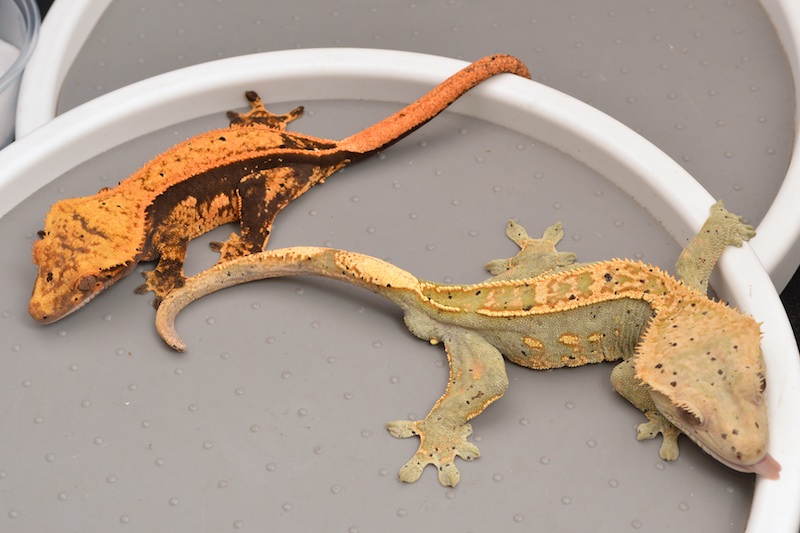 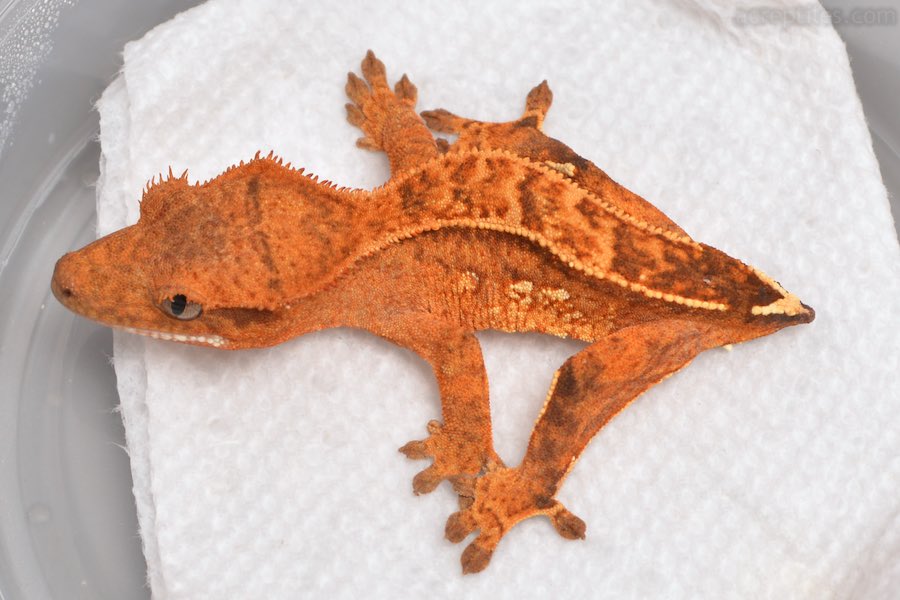 Current Generation Tangerine Pinstripe - This gecko is intense and has awesome structure and pattern. 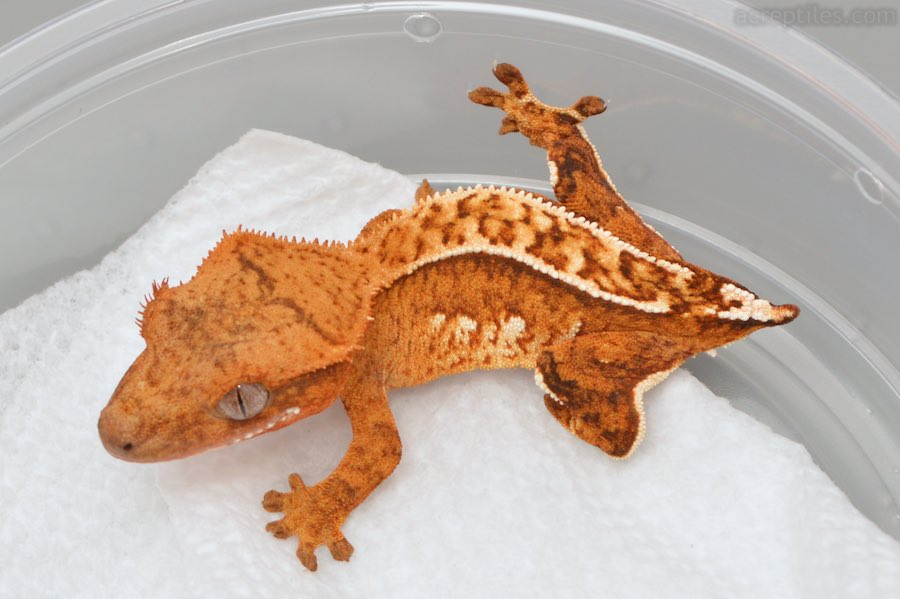 Current Generation Tangerine Pinstripe - This is the Paper White line that concentrates on pure white pinstripe and lateral markings. This gecko is more orange and less pink, but still a great example of the variation we can get by breeding into various base colors and pattern traits. 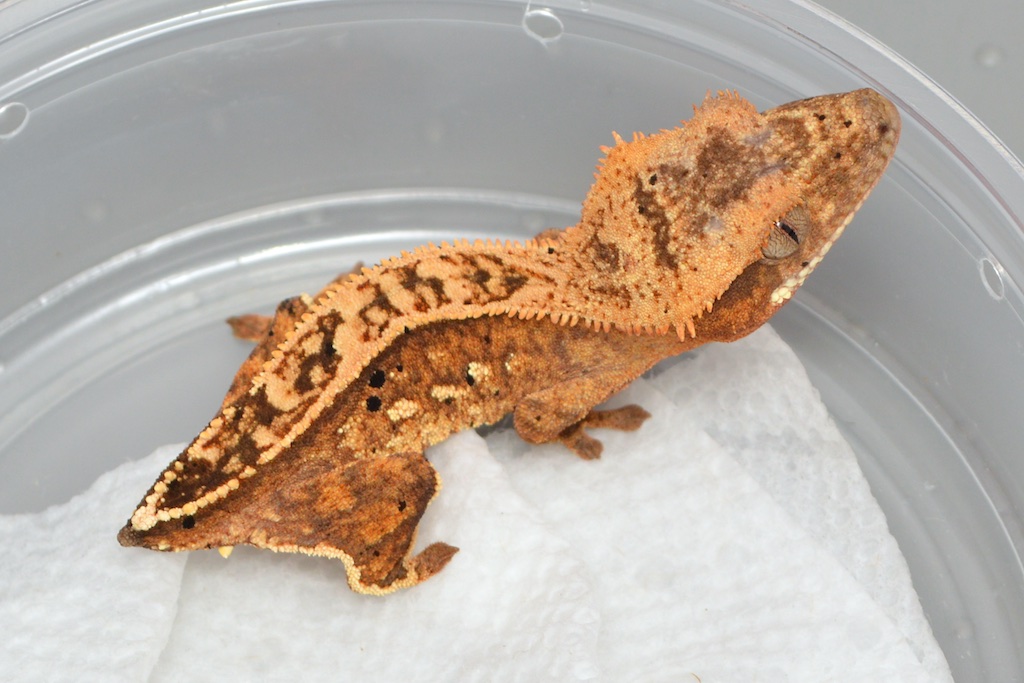 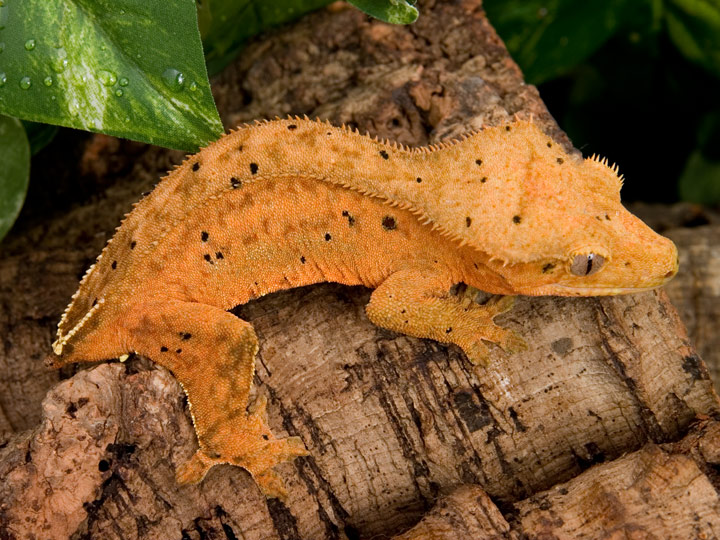 This is a 2008 Tangerine Dalmatian Phantom Pinstripe - We're now producing Super Dalmatians like this. I need to get some photos! 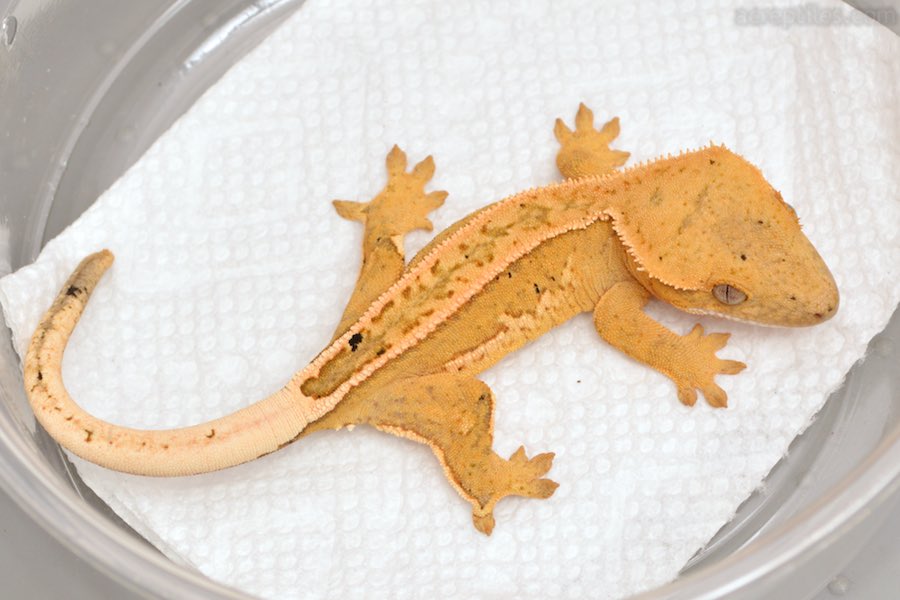 This is a C2/Citrus Soft Scale or Super Soft Scale. The pink coloration you see on the dorsal, lateral markings and the tail is due to the presence of Tangerine pigment. Judging by how clean colored this gecko is, I expect the pink color will remain present through adulthood.

Sort by Price: Low to High
60 Per Page