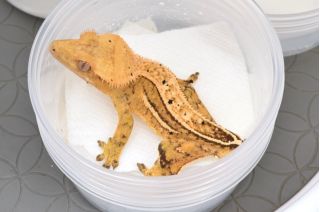 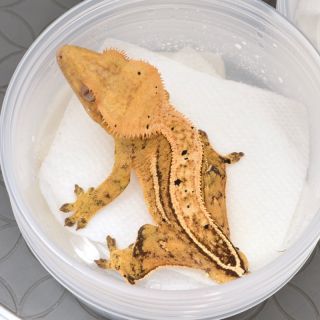 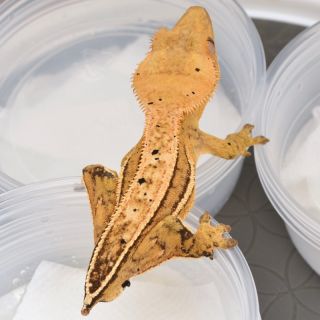 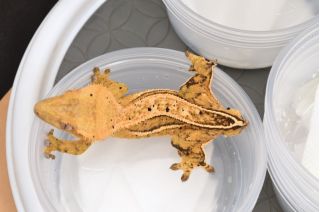 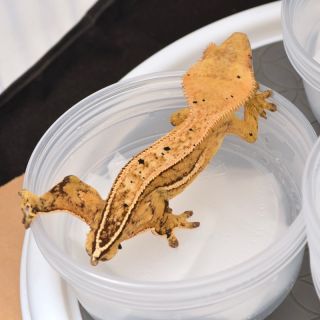 This is an outstanding example of what Soft Scale can do when combined with a yellow or orange base. The C2 line adds another layer of depth to the color, which gives it an almost metallic sheen or glow. The whiteout laterals aren't particularly thick or thin, but they're uniform as can be - which makes for a polished look, for lack of a better term. Very, very high-end example of our entire Soft Scale project - one of the best we've offered to date.

Co-Dominant Genetics
I have spent over half my life following (and breeding) genetic morphs in pythons, boas, and other gecko species, and have a very strong background in reptile morph genetics - in addition to over a decade of playing with the Soft Scales. At this point, I am quite certain this is a co-dominant morph. While we're still doing some final independent testing to confirm that the Supers are indeed true genetic Supers (the homozygous form of a morph), we do know it's at least dominant, if not co-dominant.