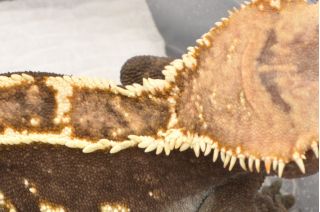 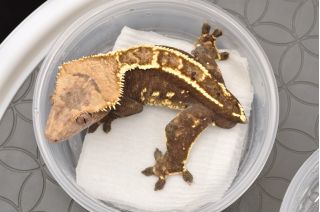 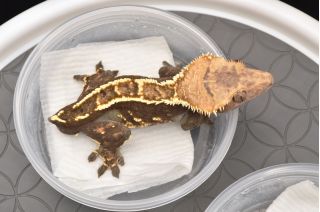 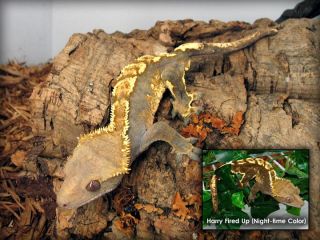 I have always been intrigued by the Harry lineage because it amplifies the most unique trait of the crested gecko - the crests.

This particular gecko is one of the best examples of the Harry line that we've ever offered. We've produced many like him over the years, but I rarely sell the most extreme examples like this. He is the offspring of the current generation Harry project. I didn't really need another male, but I raised him up out of pure curiosity because he looks nearly identical to Harry himself. Pattern, color, shaggy structure, you name it - the only notable difference is, being a current generation gecko, he is more heavily built and will probably grow 50% larger than Harry. This structure is something I've been working on since my first season breeding crested geckos (2003-2004), so I've been trying to always breed this structure into major projects.

The last photo (the one with the text and smaller image) is Harry himself, taken back in the day.